How to Find Psychedelic Mushrooms 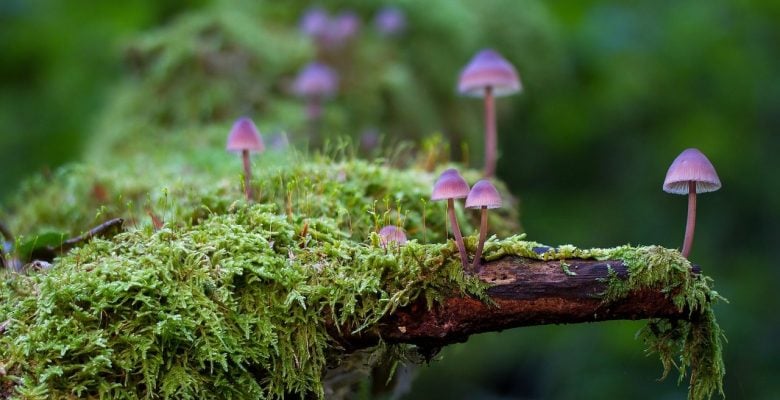 Psilocybin mushrooms are an all-time psychonaut favorite, and rightfully so. They belong to a class of psychedelics called entheogens – this word was coined to describe their immensely spiritual properties and purpose, and can be translated to something along the lines of “manifesting divinity.”

There is evidence to suggest that psychedelic mushrooms have been used ritually by Aztecs, Mayas, and other ancient Mesoamerican cultures, and perhaps many thousands of years before that by aboriginal Saharan tribes in North Africa. According to Terence McKenna, psilocybin might actually be responsible for the development of our creativity hundreds of thousands of years ago.

In any case, humans have been connecting with the divine via magic mushrooms for a long time, and this tradition has carried on into the modern age. However, in this modern age, possession and use of shrooms is forbidden by law in most of the world. The question poses itself – how and where to find magic mushrooms? Without further ado, below are a few of the most accessible ways to source them.

We’ve written about psilocybin mushrooms here, in our Essential Guide.

Finding psychedelic mushrooms might not be as tricky as you’d think. The first place where you should consider looking for them is probably the most obvious one – your own backyard.

Psilocybin mushrooms are abundant in nature. If you live in the right place, you can get quite lucky during their fruiting season. However, you need to be seriously acquainted with the different strains that grow in your area. It’s a well-known fact that mushrooms come in all shapes and sizes, as well as in various levels of toxicity. Some can cause mild poisoning, while others can be quite deadly. At times, the differences in their appearance are minute, but you need to be sure that what you’re picking won’t be the end of you.

Where do magic mushrooms grow?

The number one element all fungi need for growth is moisture. Dry air and wind can easily kill them. They also require a certain temperature, which is specific for each species, and fertile soil full of nutrients such as sugar, starch, lignin, fats, protein, and nitrogen.

If there is a right amount of nutrients in tree bark, fallen leaves, dung, mulch, or compost, you will find mushrooms happily sprouting on the surface. They don’t necessarily need a dark environment, but the absence of light does help the air retain its moisture. This is why densely forested areas close to big bodies of water usually provide suitable conditions, so it’s a good place to start looking for them.

Animal dung (especially cow dung) is about as nutritious a growing environment as it gets – if the humidity is right, it’s highly probable to spot them growing from it.

Where to find magic mushrooms

You can find psychedelic mushrooms quite commonly throughout North America, especially on the West Coast, in the northeast of the continent, and around the Gulf of Mexico. Mexico itself and most of Central America are brimming with them, and so are some South American countries, such as Ecuador, Colombia, Brazil, Venezuela, and Argentina.

Hawaii seems to be a paradise not just for holidays – some world-class strains come from these ancient islands. Other locations abundant with shrooms are South Africa, the east coast of Australia, South India, the Philippines, and pretty much the whole coastal region of Southeast Asia.

Oh, and you can find shrooms growing all over Europe, too.

So, if you are feeling up for some foraging, odds are that there are fresh magic shrooms growing somewhere close by. But, again – make sure to become extremely familiar with all the types of mushrooms growing in your area, their effect and appearance. Erowid has a valuable resource for identifying the trippy ones and Shroomery has a thorough list of all the species of psilocybin shrooms you can find growing in countries around the world and states around the USA. Mycotopia is also a great online community where you can consult with fellow shroomheads about anything you might be curious or concerned about.

How to identify magic mushrooms

There is an incredible variety of mushroom species in general, and the same goes for the psilocybin-containing ones. So far, there are some 227 accepted and classified species, 53 of which grow in Mexico, 22 in the USA and Canada, 19 in Australia and the eastern islands, 16 in Europe and 15 in Asia. Some of these species overlap in terms of where they grow, some are endemic to certain areas and conditions.

There is no single feature based on which magic mushrooms can be distinguished from regular ones. They come in many shapes, sizes, and colors, and the only way to truly differentiate them is to know their appearance well, and get experience in mushroom hunting.

A good strategy to start with is to get familiar with the most common species of psychedelic shrooms available in the wild. Here are the top five to get you started off:

Psilocybe cubensis and Psilocybe subcubensis are two species that can be found in tropical zones throughout the world. The former are much more common, and are the most well-known species of magic mushrooms, whereas the latter are not as abundant, but can be found growing in the same areas. Their appearance is also very similar: they are classic stubby-stemmed parasol-shaped mushrooms with predominantly light-to-golden-brownish caps that are bulbous before fruiting, and flat and wide in diameter when fully mature. A certain kind of P. cubensis is known worldwide as the “Golden Teacher”.

Psilocybe semilanceata might be the most widely available psychedelic shrooms. You are likely to be able to find them if you live in Europe, North and South America, Asia, Australia, and New Zealand. They also go by the name “Liberty Caps”, because of their dark bell-shaped tops. Their stems are slim, and can be wavy.

Psilocybe cyanescens are quite easily recognized due to their undulating tops. For this reason, they are commonly referred to as “Wavy Caps”. They are among the most potent magic mushrooms in existence, reaching a whopping 1.96% of active compound content by dry weight in North America. They also cover a decent array of latitudes, and can be found on the West Coast of the USA, south of the Bay Area, in Central and Western Europe, New Zealand, and parts of Western Asia.

Also known as the “Hawaiian” shrooms, these are not the most distinct species, with long, slim stems and light brown to light grey caps. However, in terms of their effect, they are up there with the greats. They grow all over the world: in south North America and north South America, Western Europe, Central Africa, South and Southeast Asia and throughout Oceania.

Psilocybe azurescens are endemic to the West Coast of the USA, specifically to Oregon and Washington. They earn a spot in the top five for having almost the highest concentration of psilocybin out of any magic mushroom species you can find: up to 1.80%. In addition, they have an incredible amount of baeocystin, which is a chemical analog of psilocybin. Compared to P. cubensis, they can contain up to ten times more of this compound by dry weight, which puts them among the most potent magic mushrooms in existence. They are also quite beautiful shrooms, sporting a slim stem and a convex caramel-colored cap with a conical top.

If you’re not enticed by the prospect of a gathering quest that may result in misidentification-induced poisoning, or if you live in an area where it’s impossible to find magic mushrooms, you’ll be happy to know that there is an accessible alternative: growing shrooms on your own is relatively easy to do! Even better than that: growing mushrooms provides for a year-round supply, enables you to try strains from all over the world, and – the best part – if you live in the US (but not in CA, GA, or ID), buying spores is legal because they don’t yet contain psilocybin or psilocin, the active psychedelic elements. If you live in NM, even growing the mushrooms is legal! Look into our detailed guide on the legality status of mushrooms around the world for more info.

There are two ways to go about it – you can either order an uninoculated grow kit and spores online, or make your own substrate from scratch. The first option is the easier one – if your material came from a reputable vendor and there was no contamination, all it will take from you is to keep the grow kit in a dark and humid place. However, we do recommend that you go DIY with this project – it’s more fun, you learn more from it, and it can yield better results. Luckily, The Third Wave has prepared a thorough and easy-to-follow guide on how you can do just this.

BUY THEM IN COUNTRIES WHERE THEY’RE LEGAL

A third option would be to consult our guide on the international legality of psilocybin, and to find somewhere close to you where you can safely and legally buy, or otherwise procure, and consume them.

If you’re in Europe, you have quite a few choices: the Netherlands, Austria, Czech Republic, Spain, and Portugal. The Netherlands, of course, outlawed psilocybin mushrooms back in 2008, but magic truffles are perfectly legal to purchase and consume. If this piques your interest, be sure to check out our guide to the differences between magic mushrooms and magic truffles. As for the rest of the countries, psilocybin has undergone decriminalization, which means that it’s either alright to possess small amounts for personal use.

In the case that you are looking for a more structured setting in which to try psilocybin in a legal and guided manner, you can consider a guided psilocybin retreat  with Synthesis, our trusted partner, in Amsterdam.

That’s all there is to it. This article should contain enough info to get you started on your mushroom-sourcing venture. Make sure to obey the law and stay safe in your search, and, as always, in your psychonautical endeavors.

5 thoughts on “Where do magic mushrooms grow?”